You had your first break with Roger Corman. How was that?

The Roger Corman experience was wonderful. Roger said, “Here’s $4,000. I want a 90 minute score.” You have to solve that riddle. You have to be as inventive and resourceful as you can be. You are acting as a composer, conductor and most importantly a producer. I’d been a composer, I ‘d been a conductor. The hardest part was how do you get what Roger wants for his movie for $4,000. That was the best skill I learned. I ended up doing maybe five Roger Corman movies. Battle Beyond The Stars was the fusion movie that put me on the next step of the ladder. It brought me to attention of Paramount and Star Trek.

For Star Trek II: The Wrath Of Khan, how did you approach the legacy of Star Trek music?

I’m not a TV person. I never saw the series. I knew the theme. I did go to the sessions with Jerry Goldsmith while I was working at Corman. I knew Jerry and I wanted to see what big sessions were like. I used to go to John Williams’ sessions.

I remember not being impressed emotionally with Star Trek: The Motion Picture. I was impressed with Jerry’s sound world but it wasn’t a film Paramount particularly wanted to follow. They wanted me to change direction. [Director] Nick Meyer is a very literate person. I knew the effects would take care of themselves, I knew the battles would take care of themselves. What really I wanted to focus on was the relationship between Kirk and Spock. That hadn’t really been done before.

At that time, there was not going to be a Star Trek III. It hadn’t been formulated. I remember the ending changing when Star Trek III was in the pipeline, so they knew how they had to fuse together. It held us in very good stead that I had focused on that relationship music in Star Trek II because you really sense the loss going into the end of Star Trek II and then Star Trek III. That’s how I got started in that world. 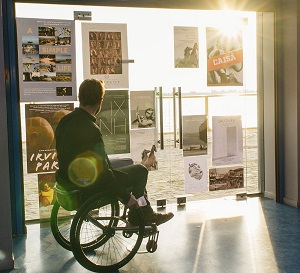